From Factory to Aftermarket.

Before you go from mild to wild, there are a few things you should know about protecting your vehicles under carriage. Vehicles have so many vulnerable mechanical parts and without the right armor, (or none at all) you may end up losing a limb. Take the scene from Monty Python and the Holy Grail for example, if the black knight’s armor were made from a superior metal, he wouldn’t have been left limbless.

Most off-road enthusiasts are aware that nearly all trails have deep ruts and rough edges, and we all know from experience they can appear out of nowhere! Although some crawls can look safe, even the sturdiest trails can shift unexpectedly. Before you know it, you’ve bounced off a large rock or two, damaging either your suspension components, lower control arms, or your fuel tank. Most vehicles come from the factory with some sort of skid plate/fuel tank cover, but they are mostly for looks. I’d say, those factory plates are more of a dust cover than a protective shield. When it comes to adding armor to your rig, steel or aluminum skids are a must. Typically, when upgrading your armor to aftermarket parts we recommended these three quick upgrades to keep your rigs undercarriage safe: 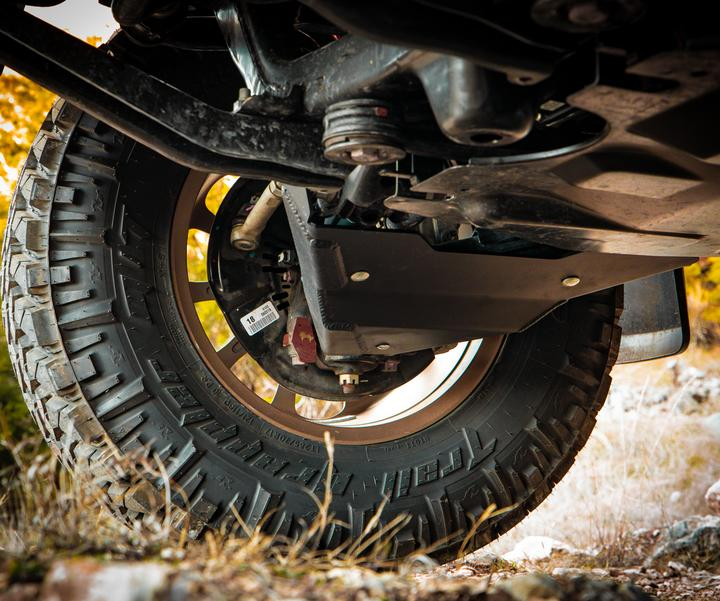 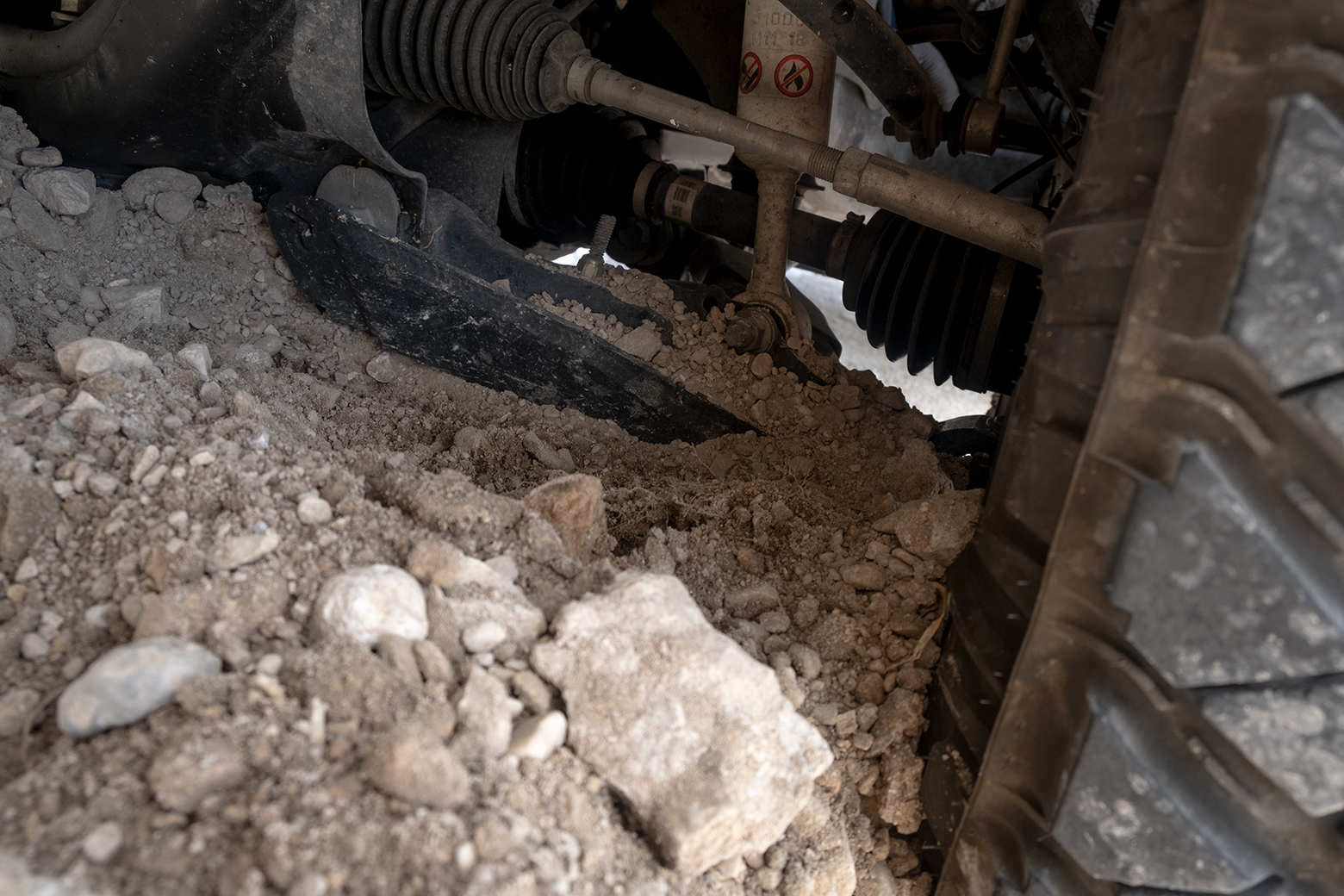 Lower Control Arm Skid Plates- Your Lower Control arms have a very important role. Ultimately, they help achieve coordination between the suspension and steering systems, giving the driver the ability to maneuver the vehicle. In the most basic of terms, the control arms allow up and down movement to the suspension. If a control arm becomes excessively worn, damaged or bent, the vehicle is NOT SAFE to drive. Rago LCA Skid plates are designed to have a fully welded front plate that layers the main body for that extra strength. The front edge design is engineered to conquer the toughest terrains. While the back is designed with a 45-degree angled bend to prevent you from getting stuck while rolling backwards. With a simple bolt on action and the choice between aluminum or steel, you’ll be protected from those hard hits and rougher trails.

Fuel Tank Skid Plates- A fuel tanks purpose is pretty straightforward; this tank is a container where your vehicles fuel is stored, and also monitors your fuel’s boiling point. Having a dinged or punctured fuel tank can cause damages to your fuel pump, fuel pump mountings and could even leave you stranded. Rago Fuel Tank Skid Plates are fully bolt on and a direct replacement for the factory cover which is inadequate for off-road usage. Our fuel skid plate supplies a new line of defense when it comes to deflecting rocks and maintaining structural integrity. This skid plate is slotted to provide immediate reduction of fluids that can be caught inside during your adventure. 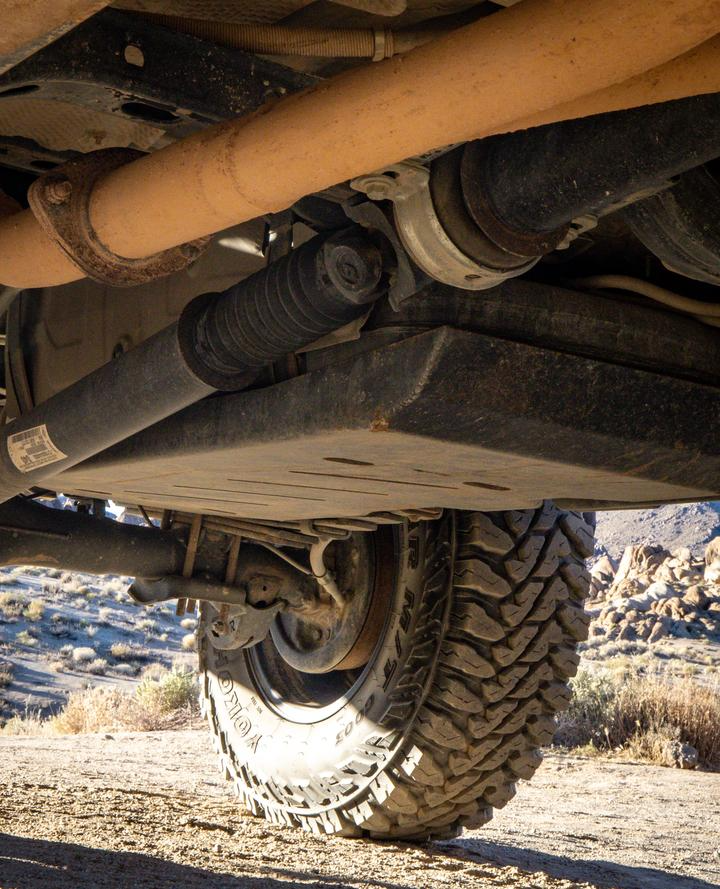 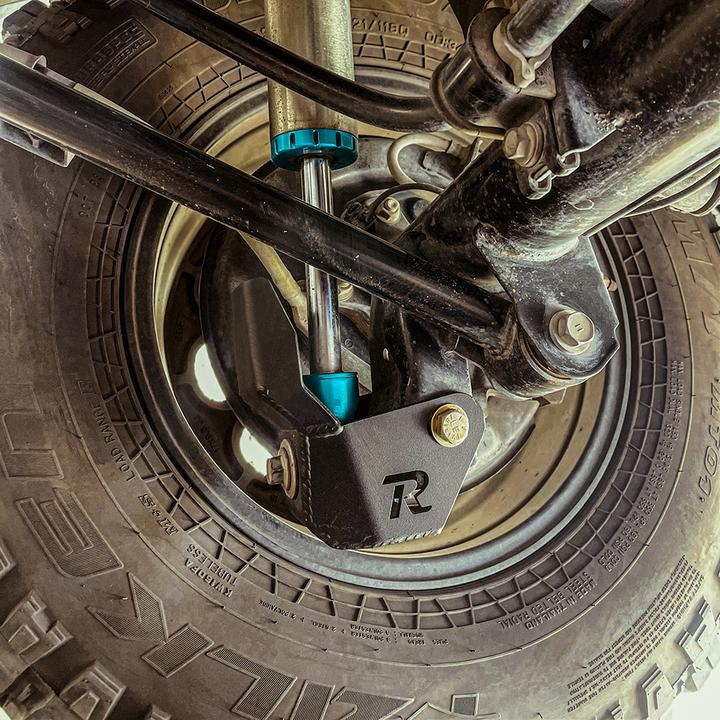 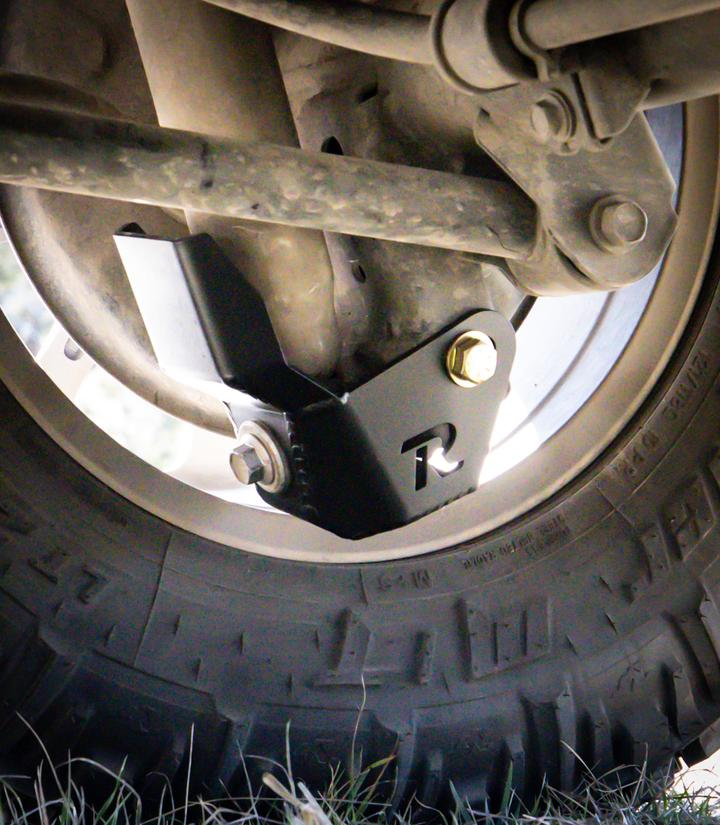 Shock Guards-  Your vehicles suspension system is a super important mechanical component. This system keeps the car in control while driving and allows you a smooth ride, no matter the trail. Most importantly, having a suspension increases the friction between the tires and the road, keeping the steering stabile for better handling. Driving a car with a broken or damaged suspension is like walking with a broken leg. It’s difficult but can be done! If there were damage to the suspension you will immediately feel unbalanced and unstable, causing you to lose control of your vehicle or even worse, wreck. With the rugged angular design of Rago’s shock guards, they are built to withstand even the most demanding trails. In addition to protecting the most exposed part of the shocks. Our shock guards will also protect the shocks shaft from extreme pits and abuse. This designed extends the shocks life and protects it from leaks and tears to the shaft. Our design also includes a drain hole, placed at the lowest point of the guard this will prevent water from lingering after driving through those water crossings.

Trust us, we love off-road as much as the next person.  Off-roading and overlanding is not only about building up our pride and joy for their time to shine, but part of the fun is also seeing what these creations can do on the trails! The last thing we want to do is destroy our rig and spend thousands repairing it because of simple mistakes. Adding that extra protection to your vehicle undercarriage is absolutely a necessity! Besides, who wants to end up like the black knight anyway? Climb on my friends.

We know there are a ton of choices out there regarding armor. If you have trouble deciding if steel or aluminum plates are the best for you, we created another blog to help you to decide. You can check that blog out by clicking here! 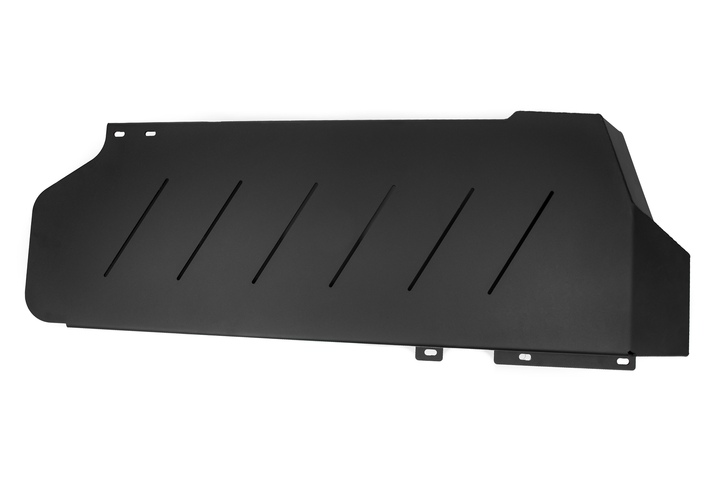